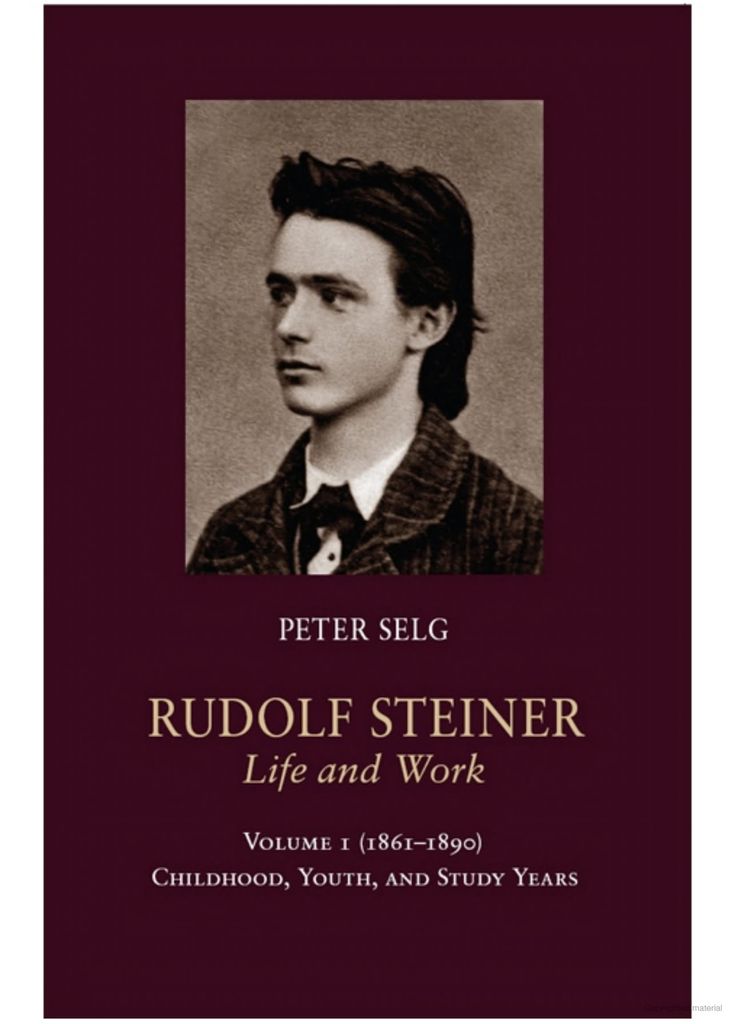 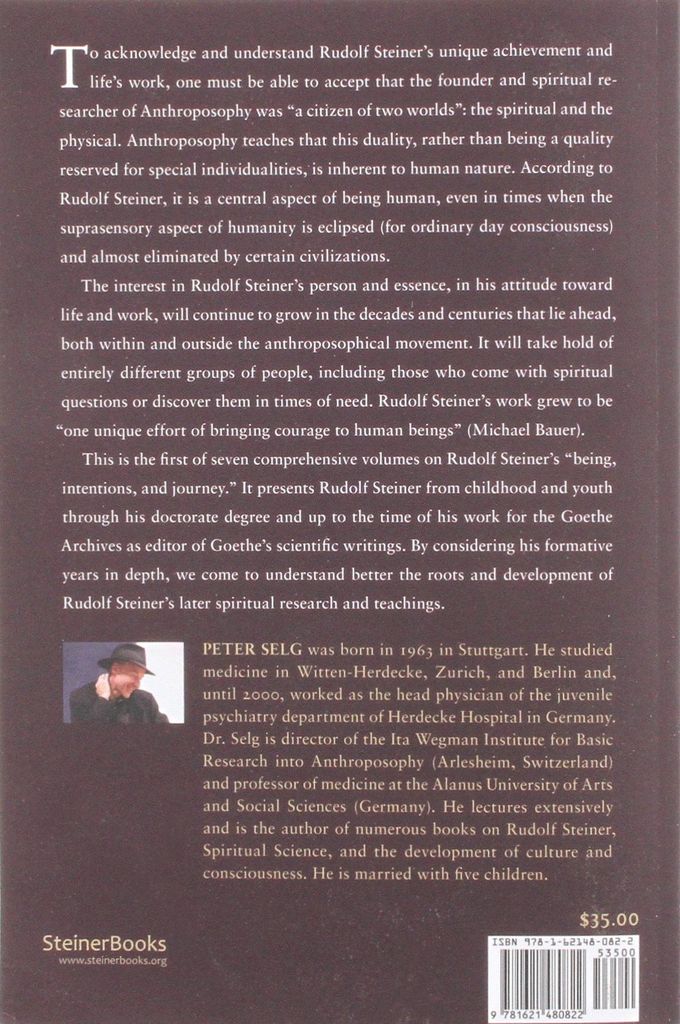 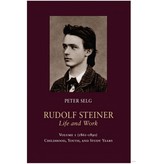 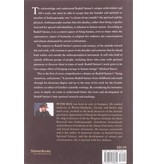 “This biography does not aim for completeness, but focuses on Rudolf Steiner’s being, intentions, and journey—aspects that must not be obliterated by the many events, foundations, and people involved with Anthroposophy.... It wants to convey (to quote Emil Leinhas) ‘the immense greatness and unique significance of this individuality who radiates out over the centuries.’”

—Peter Selg (from the introduction)

To acknowledge and understand Rudolf Steiner’s unique achievement and life’s work, one must be able to accept that the founder and spiritual researcher of Anthroposophy was “a citizen of two worlds”: the spiritual and the physical. Anthroposophy teaches that this duality, rather than being a quality reserved for special individualities, is inherent to human nature.

According to Rudolf Steiner, it is a central aspect of being human, even in times when the suprasensory aspect of humanity is eclipsed (for ordinary day consciousness) and almost eliminated by certain civilizations.

The interest in Rudolf Steiner’s person and essence, in his attitude toward life and work, will continue to grow in the decades and centuries that lie ahead, both within and outside the anthroposophical movement. It will take hold of entirely different groups of people, including those who come with spiritual questions or discover them in times of need. Rudolf Steiner’s work grew to be “one unique effort of bringing courage to human beings” (Michael Bauer).

This is the first of seven comprehensive volumes on Rudolf Steiner’s “being, intentions, and journey.” It presents Rudolf Steiner from childhood and youth through his doctorate degree and up to the time of his work for the Goethe Archives as editor of Goethe’s scientific writings. By considering his formative years in depth, we come to understand better the roots and development of Rudolf Steiner’s later spiritual research and teachings.