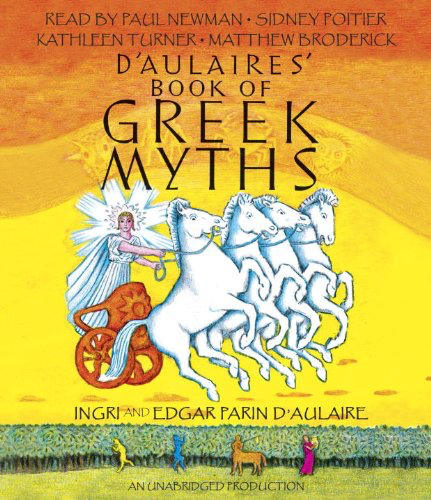 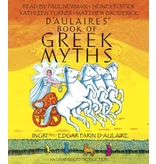 In print for over fifty years, D'Aulaires Book of Greek Myths has introduced generations to Greek mythology-and continues to enthrall young readers.

Here are the greats of ancient Greece-gods and goddesses, heroes and monsters-as freshly described in words and pictures as if they were alive today:
☻ Powerful Zeus, king of the gods, with his fistful of thunderbolts
☻ Hermes, mischievous trickster and messenger of the gods
☻ Gray-eyed Athena, goddess of wisdom and battle strategy
☻ The monstrous Minotaur, slain by brave Theseus
☻ Snake-haired Medusa the gorgon, turning enemies to stone with her steely stare
☻ Hercules the mightiest, part mortal, part god

These and other equally magnificent figures parade across the pages, their heroic deeds and petty squabbles illuminated in full dimension.

No other volume of Greek mythology has inspired as many young readers as this timeless classic. Both adults and children alike will find this book a treasure for years to come.