Encountering The Self: Transformation & Destiny In The Ninth Year

Home / Encountering The Self: Transformation & Destiny In The Ninth Year 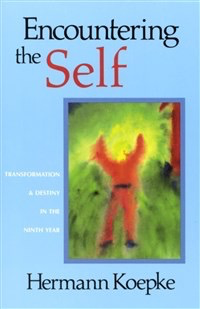 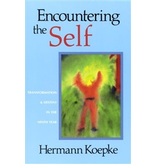 It is between the ages of nine and ten that children begin to experience themselves as "I" for the first time—as separate individuals, different from their parents and peers and essentially alone. This inner experience is sometimes precipitated by the child's first encounter with death and the first notion that earthly life is fragile and temporary.

In this insightful book, Koepke offers the reader a lucid, accessible description of the outer signs and symptoms of this significant turning point in every child's life.

PART TWO: UNDERSTANDING THE HUMAN BEING ON THE BASIS OF THE NINTH YEAR EXPERIENCE
The Second Seven Years
Children at Seven and Twelve: A Comparison
The Child in the Ninth Year Transition
The Incarnation of the Ego
A Word from the School Doctor, by Dr. Walter Holtzapfel, MD

PART THREE: APPENDICES
The Sturdy Sapling
The Half Moon Nodes
The Reversal in the Change of Teeth
Rudolf Steiner’s Indication for Form Drawing

Author Bio
Hermann Koepke, a Swiss Waldorf teacher with many years of experience, is well known in Europe.
Walter Holtzapfel, M.D. (1912-1994), was born in Kiel, Germany, and in 1931 moved to Freiburg/Breisgau to study medicine. At the age of nineteen, while a tourist visiting Dornach, Switzerland, he met Ita Wegman and became involved with studying anthroposophically extended medicine in a study group of young physicians. The rest of his life was dedicated to practice, teaching, and writing involved with anthroposophic medicine. At the age of fifty-two, he became leader of the Medical Section of the Anthroposophical Society, a position he held until 1977. Dr. Holtzapfel was the author of numerous books, including Children’s Destinies and The Human Organs.

Virginia Sease was born in Pennsylvania and earned her doctorate in German from the University of Southern California. She taught in a university and a waldorf school in Los Angeles and has been a member of the Executive Council of the Goetheanum since 1984. She directs the English language Anthroposophical Studies Program at the Goetheanum.